A/n: Yes, I know I said this was a one shot. So sue me. Operating under the more chapters = more reviews principle. *crosses fingers*

It was the cold that eventually awoke Terry, or rather the difference in temperature, his front was pressed against soft comforting warmth but his back. Goose pimples pricked there way across at as a cool as slapped against his backside. Terry jerked awake and all he could see was chocolate brown spreading out in all directions, it was a second before his sleepy brain caught on to the fact that his face was buried in Maxs cleavage.

He let out a cry of surprise, rolled over, off the couch and landed on the floor with a loud thump.

Ow, He muttered to himself, ironically, Smooth move, McGinnis.

END_OF_DOCUMENT_TOKEN_TO_BE_REPLACED

For nasty damsel Harley Quinn rails on this pink cigar too carefull! 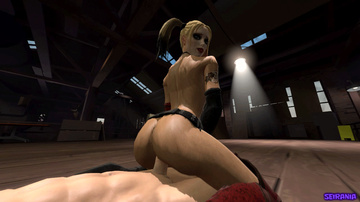